JOIN US ONLINE - SUNDAY 10a

“Have I not commanded you? Be strong and courageous. Do not be frightened, and do not be dismayed, for the Lord your God is with you wherever you go” (Joshua 1:9).

When I was five, I regularly visited prison yards with my parents for a local outreach.

When I was eight, a family friend committed murder and confessed to several members of our church. My dad being one of them. I remember lots of urgent, hushed grown-up talks happening around me.

When I was fourteen, I attended school downtown where I quickly learned the telling signs of an impending gang fight in the cafeteria and tried to convince myself it wasn’t overwhelming to be escorted to the parking lot every day after school by security for fear of opportunistic shootings.

When I was seventeen, I transferred to a suburban high school where we were safer from gunfire, but instead haunted by the age old cliques and insidious terrors teenagers can be preternaturally gifted at inflicting on each other.

When I was nineteen, while in South Africa studying, a man tried to break into my room to assault me in the dead of night.

When I was twenty-one, I found myself on the top of a mountain in Ecuador without electricity, in the total darkness of the village where I was working. I never understood open air claustrophobia before that moment.

When I was twenty-six, I moved to Manhattan without a single friend on that island wondering how I would ever learn the rhythm of such a complex, seemingly impermeable city.

In March of this year, as COVID-19 slowly crept closer and closer to our communities, I waved good-bye to my husband as he left for work at the hospital where he would be treating patients with the virus, all while praying his PPE could withstand the sickness and that he wouldn’t bring it home to us.

And then several weeks ago, after the horrendous murder of George Floyd, I sat in my home mere streets from the riots watching helplessly as the city fell into chaos. Fires crept closer to my sleeping children, and smoke began filling our home as I rushed around closing windows. My toddler kept waking to the sounds of gunshots and helicopters circling low. Looters and rioters were running through the parking lot of our building, a mere plate of glass separating me from their pain and anger. 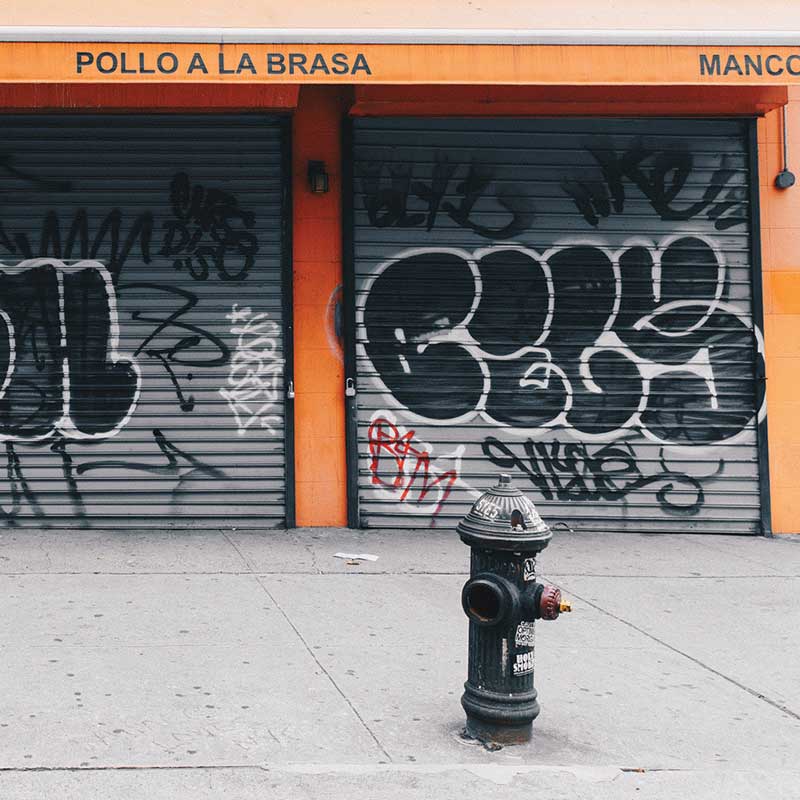 The other night, however, I was out for a walk in my neighborhood, enjoying air not pregnant with smoke and ash, when suddenly two men came around the corner in front of me at a dead run. The pale skin of their arms glistening with sweat, their faces covered with white hoods, they struggled to carry propane tanks in their arms as they ran.

Immediately, another group of men I recognized from my block came around the corner asking which way the runners went. I pointed, indicating my building where they had turned trying to escape.

Chaos ensued for a few moments as more neighbors came running, splitting into groups, attempting to corner the men who were trying to burn for the sake of trauma it would cause. Not for social change. Not for injustice. Not for any other reason than to cause random acts of harm. And in that moment, as I came shoulder to shoulder with members of my immediate community, I realized how vibrant we were as a group.

People of all races and backgrounds and worldviews were working together to be helpers. To stop those trying to do harm in the streets where we live — the hallowed space where we raise our families, eat, sleep, work, and experience the journey of lives lived.

The would-be arsonists eventually ditched their flammables and returned to the shadows, leaving many of us standing outside catching our collective breath. Seemingly to all speak at once, we began trading our part of what we had just witnessed. But then, the dialogue changed: “Which building do you live in… How long have you lived here… What do you do… Do you have kids… How have you been doing through the pandemic… Do you need any help… How are you feeling about everything since Mr. Floyd’s death… What have you learned… How can I do better… How can I help… I’m listening…”

As I said good-night and headed to my front door, it hit me that this was a step towards change. And without a doubt, it was orchestrated by God himself. Did he want those men to steal and attempt to destroy my home? Absolutely not. But he did allow incredible goodness and hope to grow from the avoided ashes.

The common thread in each of these life circumstances is that God prevailed. Because while he never promises that life will be easy and without pain, he does remind us over and over again to run to him WITH our pain. With our fear. With our anxiety. And he will be our strength. Every single time.

“I have said these things to you, that in me you may have peace. In the world you will have tribulation. But take heart; I have overcome the world” (John 16:33).

Life is a story already told: Good versus evil. Right versus wrong. Beauty in diversity. I’ve experienced scary things in my life. Sure. But who hasn’t? Thankfully though the battles feel hard, the war is won.

Because the ending to our collective stories is already written. God will prevail.

Annie and her husband live in Minneapolis with their two kids and elderly cat. After an extensive tenure working in the fashion industry for a major retailer, Annie opened her own wardrobe and interior styling company, Hudson & Wilde. She is passionate about creating community, and she also loves to read, write, drink coffee, exercise, and travel. Connect with her on Instagram @aevelsizer and @hudsonandwilde!